Have your cake and eat it

There was a spate of memes a wee while ago that hoodwinked the viewer into thinking something wasn’t cake when it actually was. 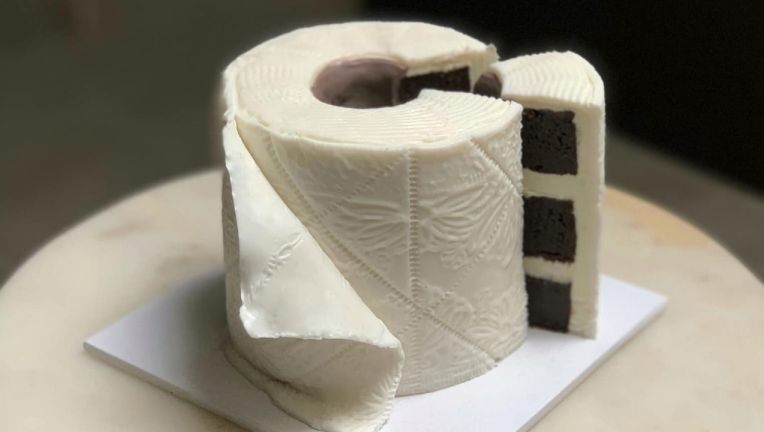 Such was their popularity – coupled with lockdown cabin fever – that folks’ ability to reconcile even the most mundane realities was cast into severe doubt.

And let’s not sugarcoat it – 2020 has hardly been a year of good news.

So when, in quick succession, the Scotland men’s football team reaching a major tournament for the first time in a quarter of a century, was followed by 3 promising coronavirus vaccine trials – we could all be forgiven for expecting a knife to come out of nowhere and cut our dreams to crumbs.

There was even a win from across the pond – with a, eh, democratically inconsistent man-child, legally getting the boot.

But let’s focus on the football.

Now, this isn’t going to turn into a ‘But what can brands learn from Scot…’ – okay it is.

But only because my employers insist everything has “a point” and “not egregiously waste anyone’s time”.

ο Setbacks are part of the process

Georgia, Kazakhstan, someone leaving Zoom on while they go to the toilet… rolling with the punches is crucial to overall success.

ο Have a simple, genuine purpose

Like ‘qualify for the Euros’. Or ‘donate one pair of shoes to the homeless per every pair you sell’. Not like, ‘let’s defeat loneliness but never pay our taxes’.

Who’d be one? We all have a boss. Keep ‘em honest, but give ’em time and give ‘em trust.

ο Assemble a tapestry of talent

Lyndon Dykes is Australian. Scott McTominay is Mancunian. John McGinn is from Clydebank… Variety is the lifeblood of any successful squad. And we can go sooo much further than a football team. Be sure to build your company with true diversity.

ο If a team qualifies in an empty stadium…

Just because a result might not be highly visible doesn’t mean you shouldn’t recognise it, celebrate it and reward it.

ο There’s no one route to victory

Nation’s league, play-offs, or Ricky Gervais retweeting your campaign – pursue every path to get your pay off.

ο Give the benefit of the doubt

Much was made of Ryan Christie’s emotional post-match interview. It can’t be easy to be accused of not caring when you don’t succeed. 99% of your workmates will feel losses acutely too. Mistakes are rarely meant.

A win is a win. But 2 days later Scotland lost to Slovakia – making the process of qualifying for the next major tournament that bit harder. Recognise, regroup, and restart.

There was this quintessentially Scottish moment in the euphoria immediately following David Marshall’s penalty save.

As his countrymen, and country, erupted – he stared helplessly at the ref – praying for a thumbs-up.

You can see it in his eyes. Momentarily frozen in anguish.

‘Am I allowed this?’

‘Are we allowed this?’

Mercifully, it wasn’t. It was champagne. Lucozade. MD2020.

The men’s team finally came through and the nation’s celebrations were long overdue.

It’s worth pointing out though, that the women’s team are ranked comparatively higher and qualified for their last World Cup with ease.

On their way, it wasn’t coronavirus that explained lots of empty seats in stadiums. Twitter wasn’t as abound with windowsill parties and honking car horns.

It’s getting better. But not fast enough.

In this newfound spirit of savouring every victory and using them constructively – let’s not only celebrate wins as they happen.

But where they already are and deserve a little more.

So aye. All that’s left to say is…

Thanks for signing up. You’ll receive your first THUNK email soon.