Intelligent Finance completed its launch when its website, www.if.com, went live on 30 November 2000. This new telenet service means customers now have the choice of conducting all their banking over e-mail, telephone and internet, whilst being able to access balance information on WAP mobiles.

SMG’s new internet business, s1, has appointed The Union following a three-way pitch to develop the launch campaigns for s1 brands. The s1 range of websites will target internet users in Scotland. First to launch will be s1jobs, a recruitment website, with a multi-media campaign scheduled to commence January 2001.

The Union has been accepted to join the world’s largest independent network of agencies, Worldwide Partners, Inc. The network has offices in over 50 countries and includes high profile agencies such as Kirshenbaum & Bond in New York and Grant/Jacoby Inc. in Chicago.

The Union Advertising Agency triumphed at the 2000 Scottish Advertising Awards. The agency won a total of 12 awards and 10 commendations at the event, which is the measure of advertising creativity in Scotland. Several of The Union’s campaigns were recognised, including work for ScotRail, Lothian Health, local Edinburgh furniture store Olympian Pine, and delicatessen Di Placido. 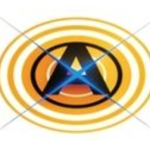 PROMOTIONS AT THE DOUBLE IN THE UNION GROUP

THE GREAT CYCLE OF MEDIOCRITY

THE BABYLONIANS’ GUIDE TO EDI

‘LOVE ME!’ WAIL THE FRANKENSTEIN MONSTERS OF INTEGRATED DIGITAL CAMPAIGNS